PRN is a Latin term (or more accurately, Latin abbreviation) that is often used as a medical jargon. It is a very common misconception even among medical workers that PRN is an abbreviation for “Patients Report Need”.

Although this is actually close to the practical meaning, this meaning is technically incorrect.

Below, we will discuss the technical meaning of PRN, its usage in various settings, and other important questions. Other than that you get to know what does PRN mean in nursing or in pharmacy.

Without further ado, let us begin.

What does PRN stand for?

PRN abbreviates the Latin phrase: “Pro Re Nata” which can be translated into English as “as matters stand”, “as necessary” or “as needed”. PRN is a medical jargon used in healthcare and medical settings, but the functional meaning can vary depending on the context in which the term is used, which we will discuss below.

What does PRN mean …

In medical terms, PRN always means “Pro Re Nata” or “as the thing is needed”.

However, the functional meaning of the term PRN might change depending on the context of how the term is used.

It is very important to understand that PRN or as needed doesn’t necessarily mean “up to you” or “up to the patient”, but in most cases will mean “according to the person’s (mainly patient’s) specific need” and in the case of medication/prescription, it should exceed the maximum dosage. We will discuss this again further below.

That’s all about medical terms. But what does PRN mean on a Prescription? Keep on reading to find out.

If a medication is written as “PRN” on a prescription, it simply means that the medication is only used when it’s needed for a specific situation. For example, allergic medications should only be used when there is any allergic symptom.

As we have briefly discussed above, a common misconception is to think that PRN means “Patient Report Need”, which is technically quite close to the functional meaning when PRN is found on a prescription.

The “PRN” prescriptions will be then given into a pharmacist, which will then provide a clearer, more specific instruction for the patient (more on this below).

When your doctor or a nurse practitioner prescribes you with a PRN prescription, you might want to consider the following:

PRN medicines are significantly different compared to medications that come with specific instructions, for example, “two times a day”, “1 tablet every 8 hours”, or other similar instructions.

For instance, there are certain health conditions of which symptoms might not show every day like diabetes or high blood pressure, but the medications for these conditions are only effective when they are taken daily.

With that being said, when your pharmacist received a “PRN” prescription from your doctor, they should provide you with clear instructions about how and when you should take the medication, including but not limited to:

In medical terms, PRN can be used by healthcare employers and professionals to describe short-term, part-term, contract-based, or fill-in temporary work by a health professional, commonly registered nurses.

In this usage, PRN is used similarly to “working pool” or “per diem” (for each day, in a financial context).

So, PRN jobs are the backup group of technicians, nurses, or other supporting medical personnel who can be asked to come in as needed (PRN). Hospitals can’t just close their doors anytime they are lacking regular staffers, for example, if they get sick.

PRN workers are also often called when there’s a sudden rush of patients for one reason or another.

PRN jobs typically require a commitment of a certain number of hours per month, and typically most hospitals offer PRN work opportunities in any medical-related field.

In pharmacy, the term “PRN” can mean two different things based on the context. Pharmacists obviously are dealing with medications and prescriptions, so the term “PRN” here will mean “as-needed” as we have discussed above.

PRN, along with other prescription abbreviations, however, can be a common source of confusion for pharmacists and other healthcare providers.

As we have also discussed above, it is also the job of pharmacists to provide clear instructions to the patient when they received a PRN prescription.

However, the term “PRN” can also mean a work status (see the “In Nursing?” section above). For instance, there might be a PRN pharmacist and/or a PRN pharmacy technician in a pharmacy or hospital.

FAQs related to “What does PRN mean?”

Below are some of the frequently asked questions (FAQs) related to the definition of PRN and how it might fit into a certain context.

What does PRN mean in physical therapy?

A PRN physical therapist — similar to a PRN nurse or PRN pharmacist — is usually a physical therapist who works on a per diem (for each day) basis. The term PRN here is still an abbreviation for “Pro Re Nata” as we have discussed several times above.

What does PRN mean in Healthcare? 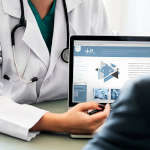 PRN is an abbreviation of “Pro Re Nata” with the English translation of “as the thing is needed” or simply “as needed”. In the healthcare industry, generally, there are two different contexts in which the term PRN is used:

For medications (or prescriptions): PRN is used to say that the medication should be taken as needed, for example, if a specific symptom is shown or after the patient has taken another medication (i.e. anti-vomiting drug to be taken with another drug that might induce nausea).

For healthcare workforce: the term PRN is used to describe healthcare professionals that are part of an on-call pool of healthcare workers who work “as needed”. For example, a PRN nursing staff may only come to work when the regular nursing staff takes a day off or gets sick. There are usually PRN positions in all medical-related fields: registered or neonatal nurses, physical therapists, lab workers, technicians, pharmacists, and other medical roles.

So, if you stumble upon the term “PRN” in a healthcare setting, it is important to understand which of the two contexts you are faced with, although functionally the two meanings are still quite similar to each other.

Why does PRN mean as needed?

Pro Re Nata (PRN) is actually a Latin term that can be translated into several different English terms, but most often “as needed” or “as the thing is needed“.

We frequently use this “as needed” terminology to describe medicine instructions. For example, in a hospital in-patient setting, nurses can daily hand out PRN medications for various reasons.

Commonly, registered nurses can use their clinical assessment to hand out PRN medications based on various subjective and objective information like the patient’s medical history, current symptom, whether a doctor is available for consultation, and so on.

As also have discussed above, PRN can also be used on a prescription or to describe a specific type of healthcare workforce. In this case, medication can be taken “as needed” if it is written as PRN, and a PRN medical specialist should only come to work “as needed”.

So as we can see, “as needed” is simply the closest English term (function-wise) we can use to translate Pro Re Nata.

Now you know what does PRN mean in Medical terms or in Nursing.

Want to learn some more nursing-related stuff? Check out these articles of ours:

I’d also be happy if you could give this article a star rating. Thank you in advance!

Look Up for Articles